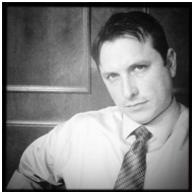 “Nothing Left To Say” Music / Lyrics

Christopher R Jacobs:…. Is an award winning actor and singer. He got his start at a young age playing  small roles and touring with production companies . He went on to study at Brigham Young University as a member of the renowned Musical-Dance-Theatre program. Christopher has had leading roles in several plays and musicals including “Rags,” “The Hired Man,” “Damn Yankees,” “Seven Brides for Seven Brothers,” “Joseph and the Amazing Technicolor Dreamcoat,” “Together Again For the First Time,” Jesus Christ Superstar,” – for which he received an Irene Ryan Award nomination for his portrayal of Judas – “Big River” – for which he received a best actor award for his portrayal of Huck Finn, and many more.

In the year 2000, Christopher moved to Nashville Tennessee to learn the art and craft of songwriting and to raise a family with his wife Holly. Together, they have four daughters and a dog, which is also female. Christopher is outnumbered at home but loves every minute of life and can’t wait to experience all that lies ahead.