Originally Conceived,  Developed, Authored,  and  the Creator  of  GLINDA /  Mrs. Ziegfeld…”The Woman Behind The Wand©” 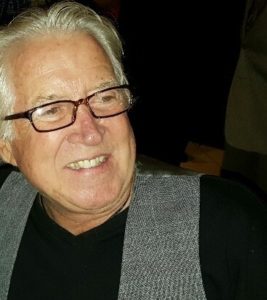 Rick Pelton caught the “Theatre” bug early in his high school years and has since had a lifetime of involvement in using his talents and abilities in promoting and perfecting performing arts and personal life experiences for all.  Even before completing his B. A. Degree in Musical Theatre Arts at Brigham Young University, Mr. Pelton had already received critical acclaim as the “next Jimmy Stewart,” and is still recognized to this day throughout the western United States for his iconic portrayal of Wally Kestler in the mega musical hit, “Saturday’s Warrior,” which played to several hundred thousand eager fans over a multi-year, multi-cast run.

Leadership and motivation have always been foremost in Mr. Pelton’s vast repertoire, from being a popular collegiate Yellleader, to being the National Coordinator of Sales and Training, working with Corporate CEO’s in training all levels of management personnel during a two-year national tour of the highly acclaimed speaker, Tony Robbins, and scheduling motivational presentations and speaking to groups numbering in the thousands.

This experience proved to be a springboard into a series of several successful engagements of Regional and National Manager and Director Positions with the likes of Quantum Communications, Inc., Telamerica Transtel Corp., Cendant/Trendwest properties, and the Help-U-Sell Real Estate organization.  Accruing a wealth of experience in Public Relations, Personnel Management, Accounting and Budgeting, along with developing an extensive background in National Sales and Promotions, Mr. Pelton never lost sight of his Theatre roots.

Interspersed with Mr. Pelton’s management positions, he was able to maintain his acting and Leadership edge by performing lead, supporting roles, and management in over a dozen musicals and straight plays; most notably: “You’re a Good Man Charlie Brown,”  “Fiddler On The Roof,” “West Side Story,” “George M,” “Funny Girl,” “1776,” and “Annie,” along with the comedies, “Plaza Suite” and “The Odd Couple,” plus several others.  Through a stint with the Susie McCarty Agency, Rick can also claim T.V. commercial and motion picture credits.

Moving on to his greatest love, Mr. Pelton began Producing and Directing productions by starting his own production company, Encore Enterprises, where he produced nearly a dozen musical productions, including several original shows.  One of his most notable productions was the musical, “My Day,” which he then produced and directed in several runs across the Western United States, garnering critical acclaim along the way.  Several other productions with his dedicated company also achieved notoriety throughout the West, including the musicals “Debbie,” “As If We Never Said Goodbye,” and the delightful “101 Dalmatians.”

Rick is proud to announce his latest undertaking: GLINDA / Mrs. Ziegfeld…”The Woman Behind The WAND©”.  With overwhelming critical support, and even being touted as possibly the next “Wicked,” Mr. Pelton is taking on his first venture in producing a Broadway Bound Musical Production, and doing so through consultation with the acclaimed… Tony Award winning producer, Ken Davenport.  Mr. Pelton is enthusiastically welcoming all those who might be interested in getting on board with the most classic musical production since “Wicked,” and the hottest Broadway prospect since the smash hit, “Hamilton,” to participate in the realization of this compelling new project, with all the potential of becoming one of the greatest creative masterpieces of the Broadway stage. 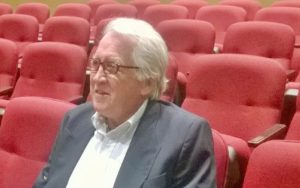